Baptisms in "The Bush" 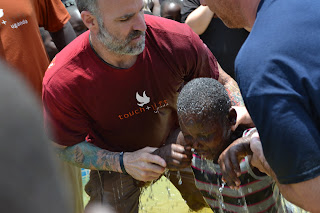 When God spoke to me several months ago calling me back to Uganda, He gave me one simple mission to accomplish... to get Bibles in the hands of the people I had come to love in the village of Bugabo. And it was only after I accepted this call that He began to reveal His entire plan to me. He knows me too well. He knew that if he had revealed His entire plan for this mission trip, that it might overwhelm me. God can be gentle like that. Can't he?

And so, a week prior to our departure He tells Jason Ingle and I that we will Baptize those He has "called" from Bugabo... we chose to trust that He would work out the details. 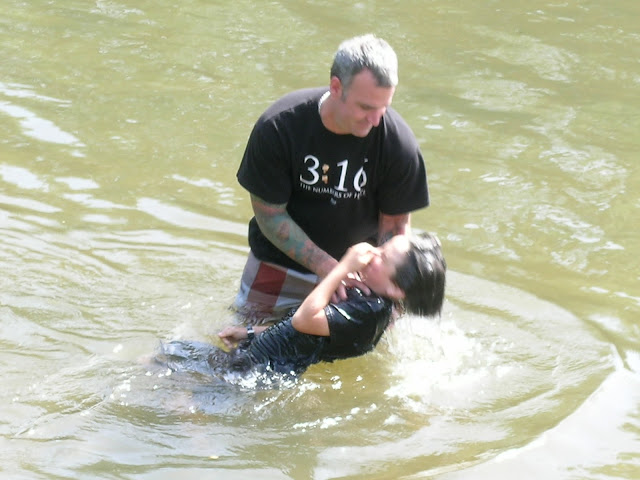 I have attended many Baptisms. I think the most people I have seen Baptized at one time was a dozen or so. And I have had the privilege of Baptizing one very special person that God has placed in my life. My son. That was March 28th of 2009. But almost exactly 3 years later, God would Bless Jason and I in a way that would grow our faith exponentially.

This particular Sunday would be a big day for many. 65 people would be baptized... "Buried with Christ in Baptism, and then raised to walk in newness of LIFE with Jesus." Please be praying for all who publicly proclaimed their faith in Christ on this day!

I was awakened on Sunday morning (March 25) at 4 AM by the prayers of 3 men outside my window. And they prayed for three solid hours, walking the compound... praying from their hearts. 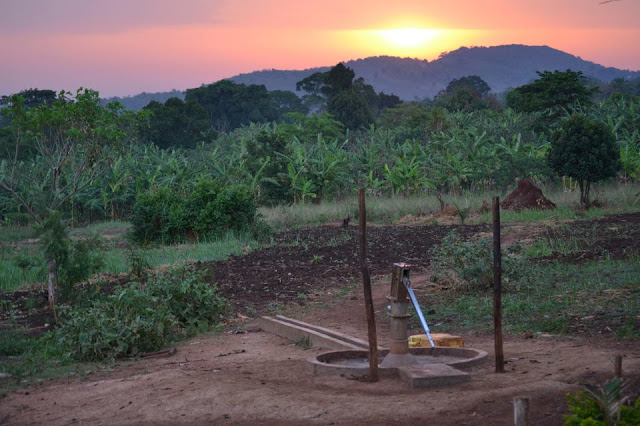 Even the Heavens knew that this day was set aside as sacred... and the "pre-game" was a sunrise that absolutely blew me away. God made sure that everything was right for this day... including my heart. 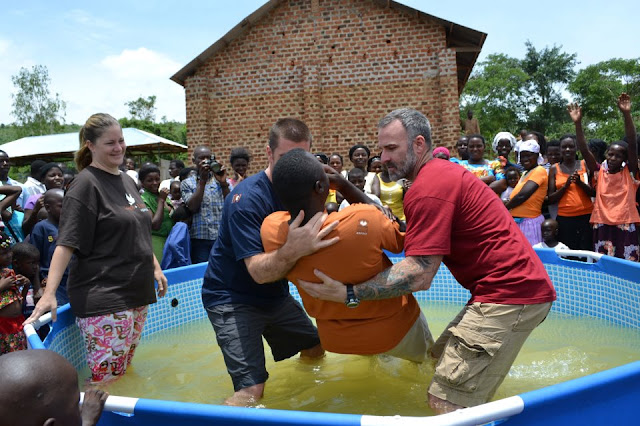 This was the very first Baptism of the day... and I had the privilege and honor of Baptizing my BEST friend... George Magera. His Baptism made a HUGE statement... you could feel the angels dancing all around us. The village of Bugabo became "a bright light" on this day. Churches from surrounding villages heard about the baptisms... and they came. 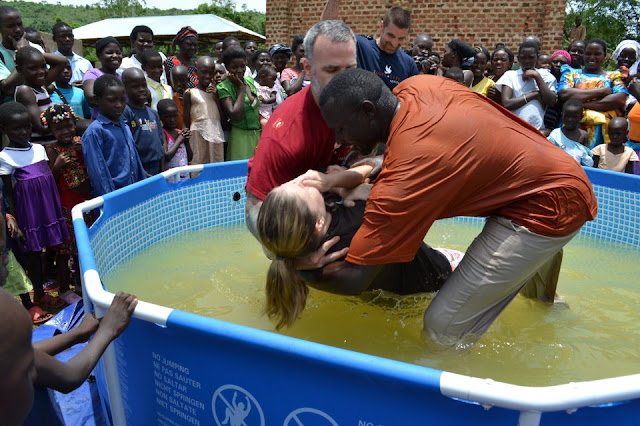 And as if Baptizing George wasn't special enough... George and I then Baptized Christie. This village has been changed from the TOP down... and from the inside out. Please continue to pray for all who now walk in the newness of HIM! 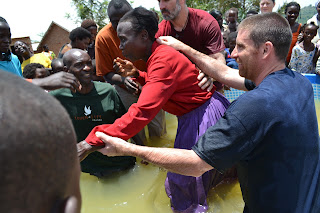 Both young and old would come on this very special day in "The Bush" to make the BOLD statement of BELIEF. 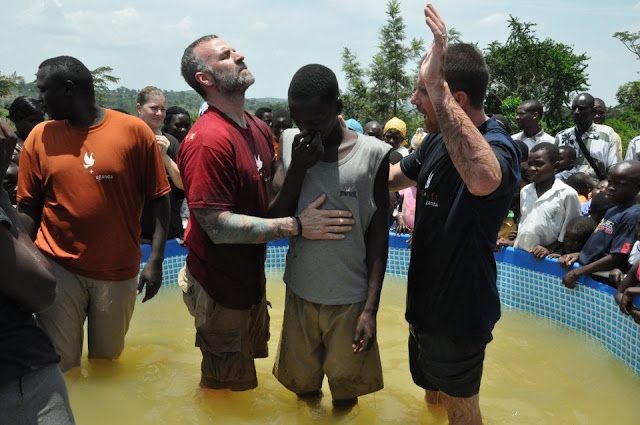 As Jason and I baptized people, all of the kids of the village looked on... singing and dancing. These are the kinds of things our children should be experiencing... This day is one that all of Bugabo will "NOT" soon forget. But one thing is for sure... I will NEVER forget it! 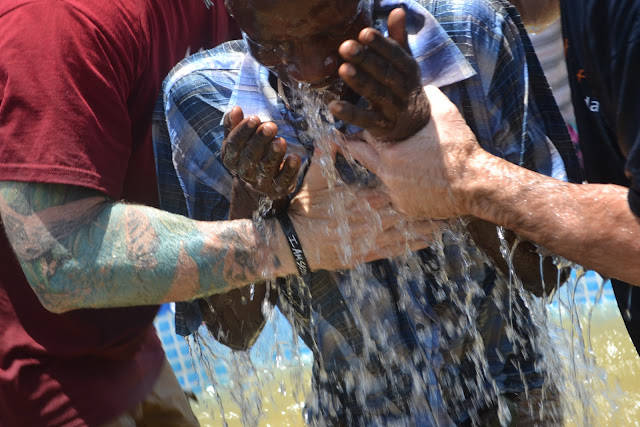 As people stepped into the pool some were smiling but most were trembling with emotion. They had felt the Spirit of God call them to HIM! And this act of obedience would be a statement that would communicate with those around them that "THEY BELIEVE!" 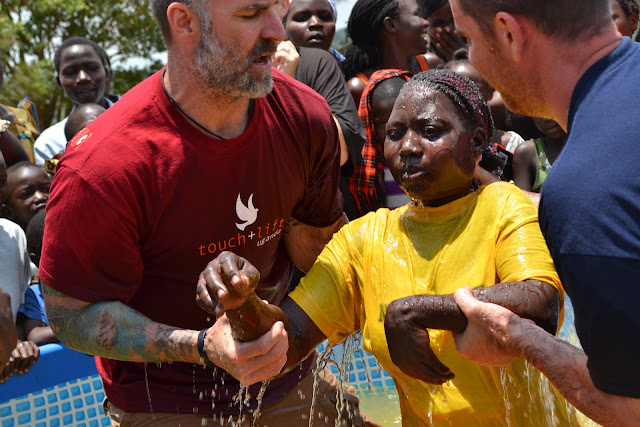 Namayanja has been permanently marked by Polio... but it didn't stop her from making her public proclamation. We helped her into the pool, and she nodded as if to say... "Let's do this!" 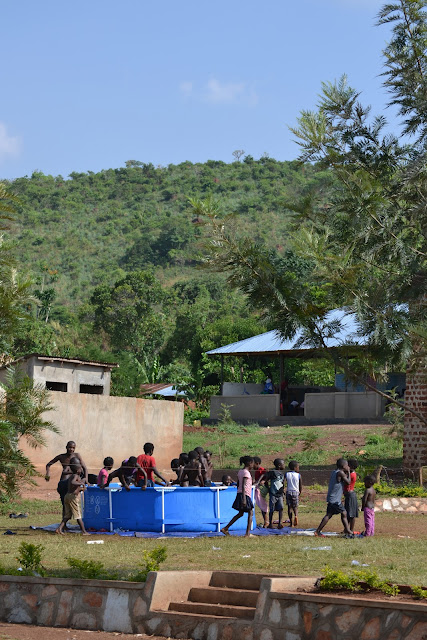 Opportunities are NEVER missed in the village of Bugabo... the moment the children received the "all clear" that Baptisms were complete, they turned our baptismal into the local community pool... in no time flat. 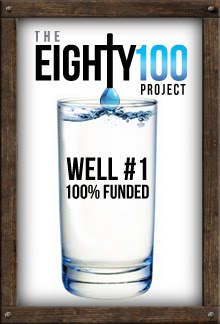 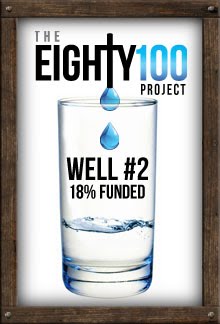